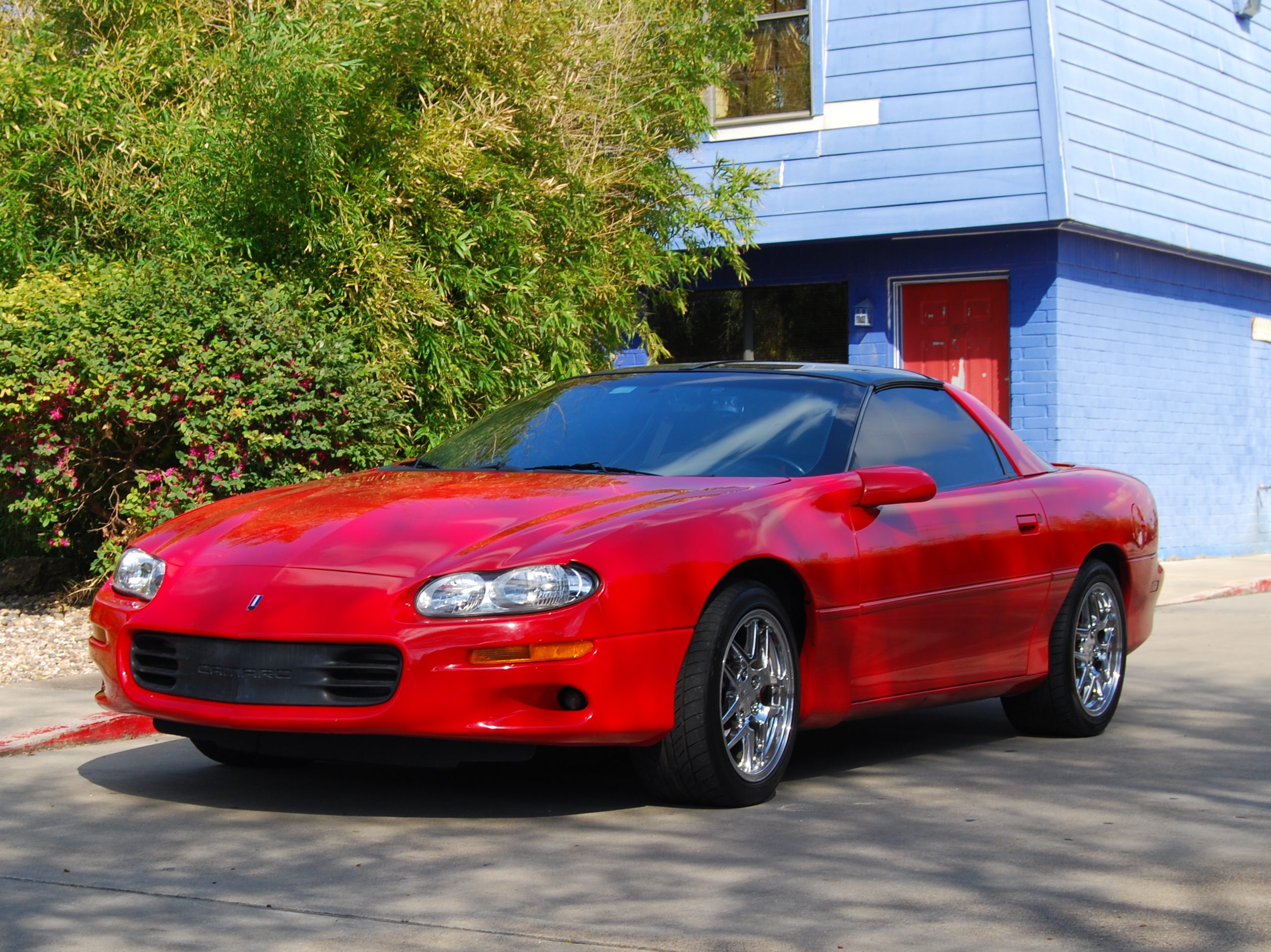 In the summer of 2006 I moved to Boca Raton which is in South Florida. My friend recommended me for a job at a web hosting startup. I sold my daily driver back in New York and spent the first few weeks bumming rides to work. Finally I used my first paycheck and moving bonus on a 1999 Chevrolet Camaro. It was the base model with the Y87 option and ugly purple calipers.

This was my second car and the first car I ever modified significantly. It was mostly stock when I got it, with light cosmetic mods. Mods like ugly purple calipers, chrome grille, LED accents, and C5 Z06 style wheels. Over time it got headers a supercharger and lots of suspension work. I learned a lot with this car including basic engine management tuning.

This Camaro became my daily driver while I lived in Flordia. I didn't mod it much right away. It was the first rear wheel driver car I had and I enjoyed many donuts in my first months of ownership. One night I was flying down 441 towards Sample road with my friends. We were on the way to IHOP and my friend Dave in his Acura Legend came in way too fast after me as we exited. I was sure he was going to hit me, but instead he managed a crazy slide with his handbrake.

We knew we had a close call, but felt like we had more skills than luck. While waiting for a table at our favorite IHOP we saw a huge accident when a drunk driver hit the median and flipped. This made me realize how much worse our close call could have been.

This car had the Y87 package which included some goodies from GM:

The company I was working for moved to Houston in late 2017 and I followed along. Once in Houston I dove into the car culture much harder than before. I was starting to mod the Camaro and learn about detailing and paint correction. I got lowering springs, shocks, headers, electric water pump, and high ratio rocker arms. I also started tuning the PCM with HP Tuners.

In early 2011 my friends and I decided to rent a house with a garage which opened up DIY mod opportunities. Soon came big fuel injectors, a high flow fuel pump, and a supercharger. Lots suspension goodies such as sway bars, control arms and bushings followed.

Eventually I bought a different project car and found myself abandoning this project. I sold it in the spring of 2013 on craigslist. 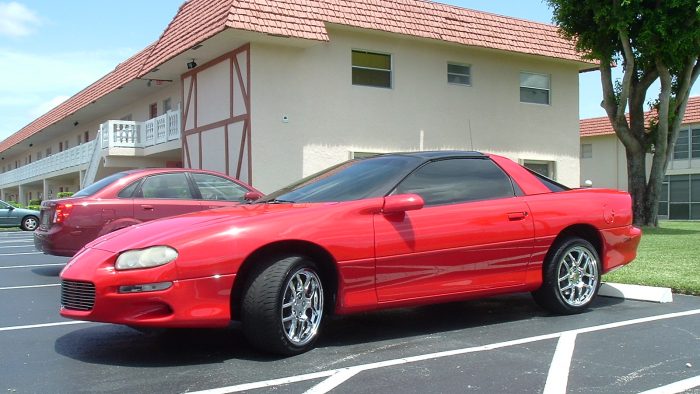 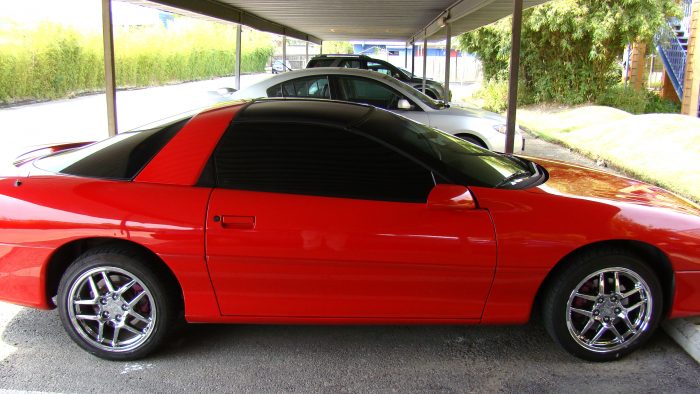 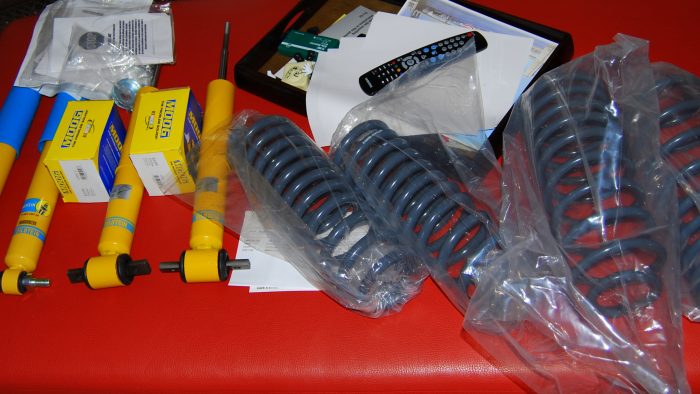 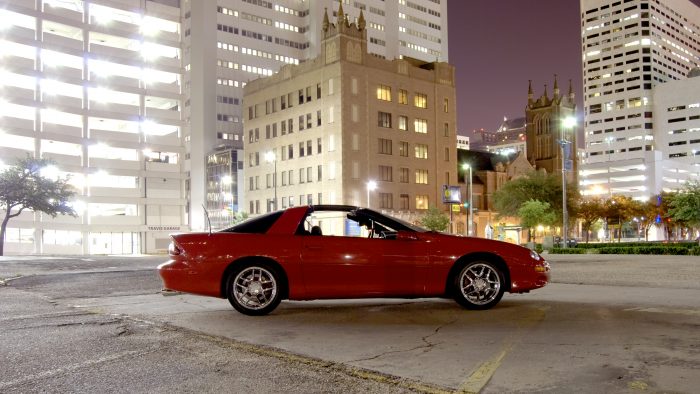 My Powerdyne BD11A centrifugal supercharger came stock with support for up to 6 psi. However after some bearing and kevlar belt upgrades I was pushing 10 psi on a good day. I wish I could say this was a quality unit, but unfortunately I had to rebuild it multiple times. Got pretty good at it too!

I got high ratio (1.9) aluminum roller rockers in lieu of a cam. I knew this even ratio would be compatible with boost down the road and it provided a good increase in power with minor labor to install. The fun part was using the spark plug boss to pressurize the cylinder to avoid dropping a valve!

These new rocker pedestals complimented my rocker arms in my setup. They were high quality just like the arms themselves.

These pushrods were an upgrade to match my 1.9 ratio Yella Terra rockers. This was probably the easiest part of the install, just throw in the new ones.

Always great quality from Fel-Pro. I got these just to swap out the factory seals since I was in the top end of the engine already.

To get more fuel flow I selected Siemens 65lb high impedance injectors with EV1 connectors. These were an easy install into the factory fuel rail.

I selected Walbro's 255LPH fuel pump to provide more flow for my supercharged engine needs. I had to cut a hatch into my car's hatchback to access the pump without dropping the whole rear end.

This rather simple mod improves air flow to the engine.

To compliment the Whisper Lid and Fast Toys ram air I selected K&N's drop-in filter for it's high flow properties.

To bump up the power I picked up a set of ceramic coated Pacesetter Headers with a 3" collector. These really opened up the sound and power of the 3.8L 3800 Series 2 V6. The install was a huge pain though, fitment wasn't great.

This car was eventually used as an off-road track beater and the cat was chopped out to make more power. It also started to make a lot more noise, flames and pops.

For great sound and flow I chose a 3" full exhaust from Texas Speed. This mated up well with my custom 3" s-pipe and 3" headers collector.

To mate up all of my 3" exhaust bits I commissioned a custom 3" s-pipe.

This chamberless race muffler, or glasspack, mated up nicely with my 3" setup and provided dual 2.5" outlets.

My stock shocks were worn and I hated how high the suspension rode. To compliment my lowering springs I chose Bilstein's SLP series shocks for my 1999 Camaro. The ride was great, the shocks provided good dampening without bouncy, jerky or sloppy qualities.

The factory ride is like a lifted truck, so much wheel gap you could stick two sneakers in it. To correct this and reduce body roll I got springs from Hotchkis that offered a modest 1" drop. In retrospect I should have gone lower, but these progressive springs offered a very nice ride.

To fix the yaw of the rear fixed axle suspension I needed an adjustable panhard bar. UMI's solution worked great and was easy to install and adjust.

To combat wheel hop I got some Founders Performance lower control arms for the rear of my car.

I used a 32m SLP hollow sway bar from GM for what was essentially an OEM upgrade.

I used a 19m SLP hollow sway bar from GM for what was essentially an OEM upgrade.

These polyurethane end-link bushings proved to be an upgrade over factory rubber. 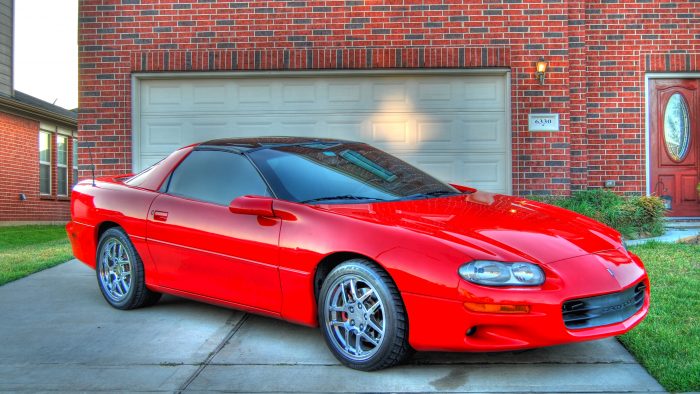 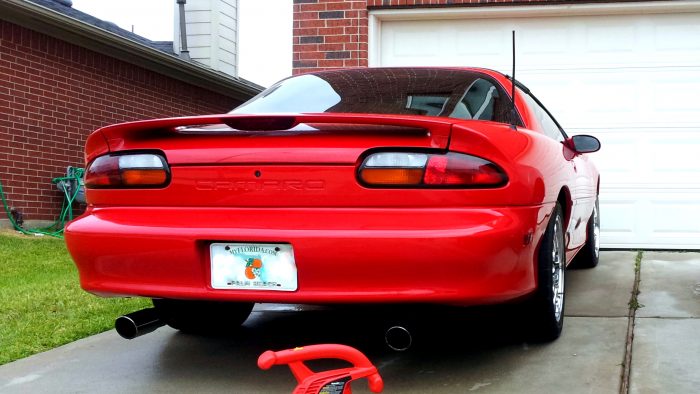 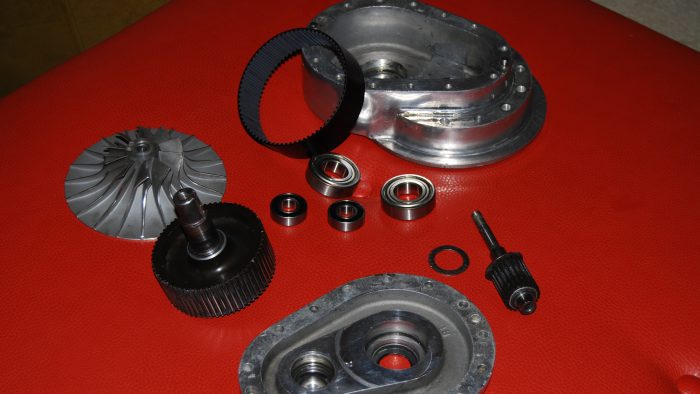 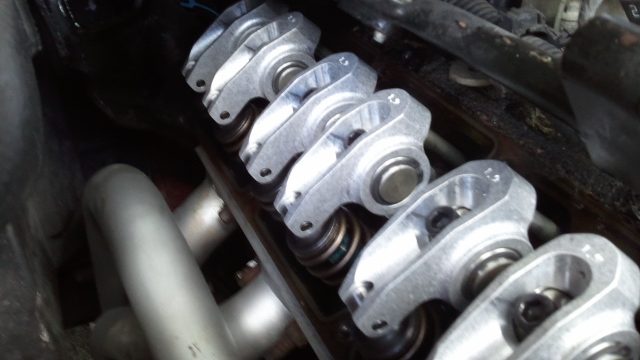 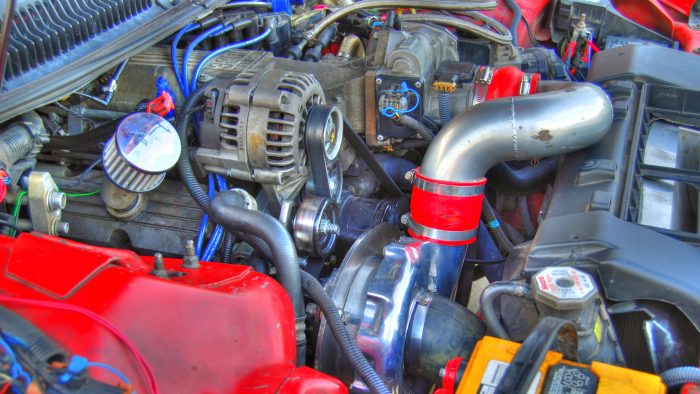 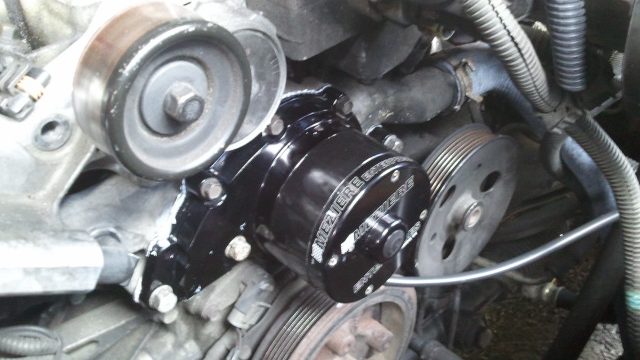 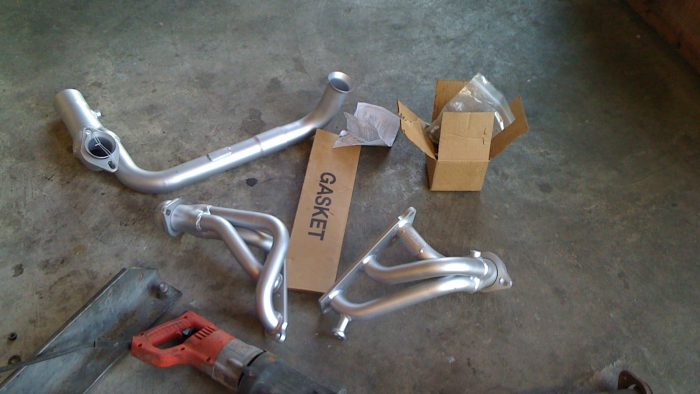 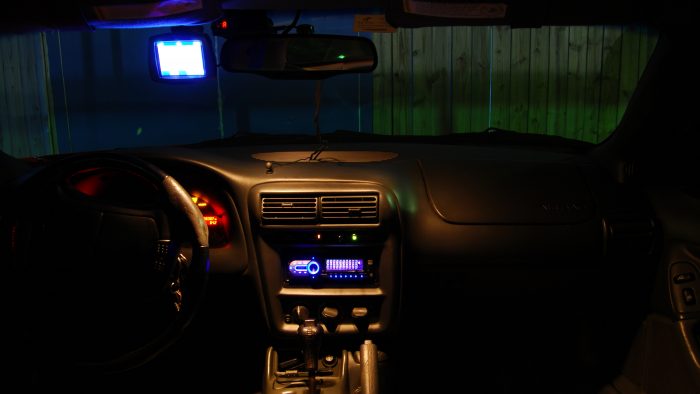 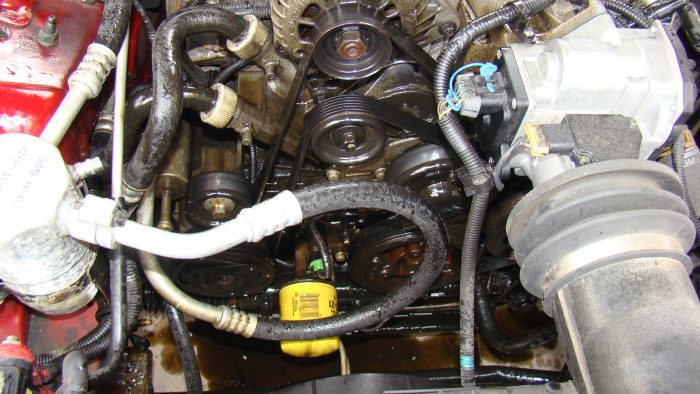 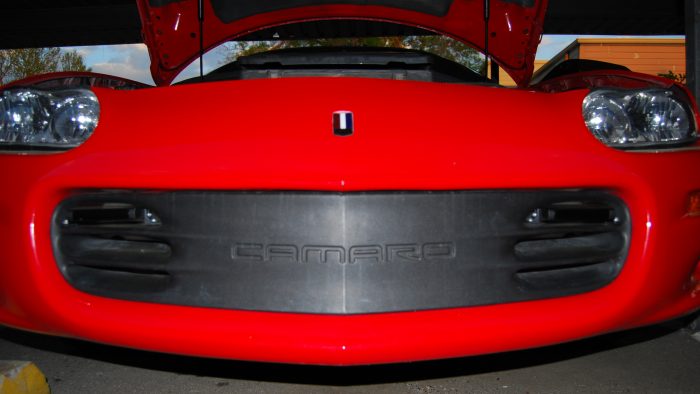 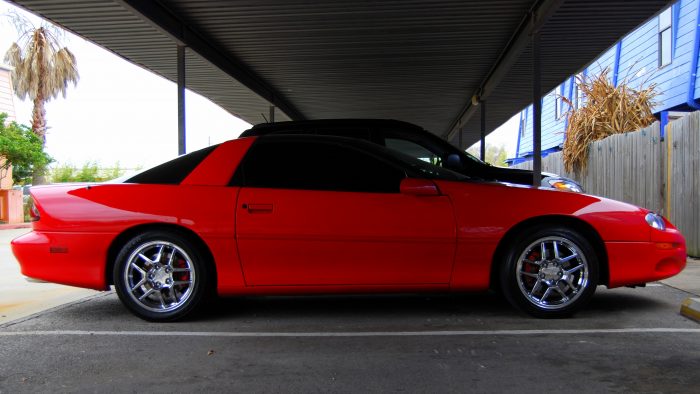 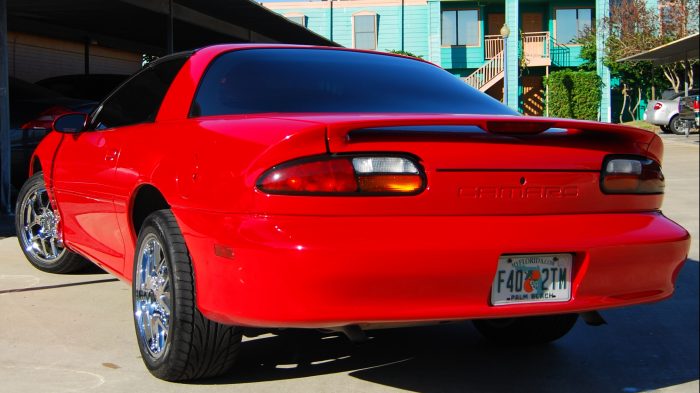 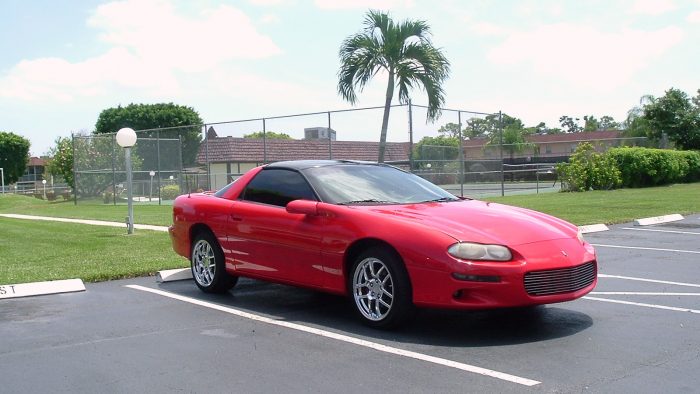 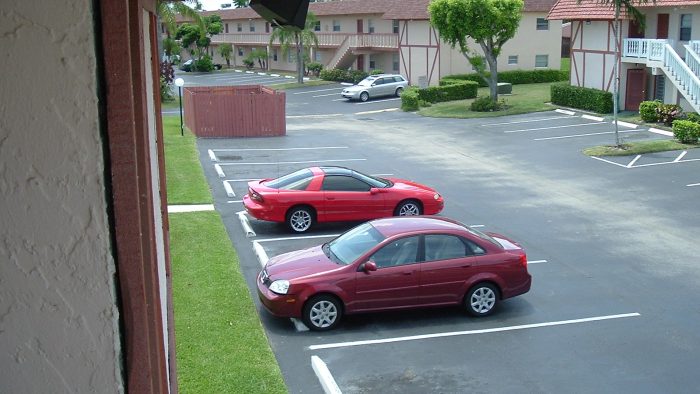 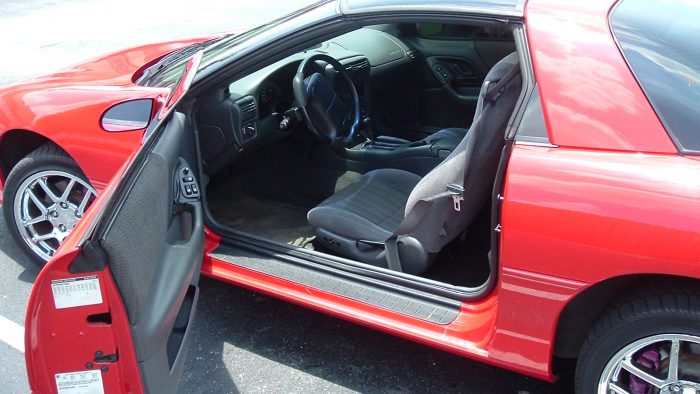