The Performance Pack didn’t get a spoiler, Ford deletes it from the car if you order this package. Why do they do this? I’ve never heard a concrete answer, but people’s guesses range from wind tunnel testing to conspiracy theories. Personally, I think Ford figured a performance package buyer would possibly want a blank slate.

The spoiler I chose was the MMD V-Series Spoiler which would have worked with factory spoiler holes. However, I had to drill my own holes which was fairly easy with their template. The difficulty was threading everything on as you don’t have a lot of space to work with inside the trunk lid. I spent way too much time with a magnet fishing out hardware that I dropped inside the trunk lid. Maybe smaller hands would have made this easier. Eventually I was done and I love how the spoiler looks. I think it complements the rest of the “storm trooper” look of the car.

The only negative comment I have for MMD is that the finish was marred. They provided the spoiler pre-painted and there was marring all over the spoiler in the clear coat. I was able to use paint correction techniques to remove the marring and it looked flawless when I finished. 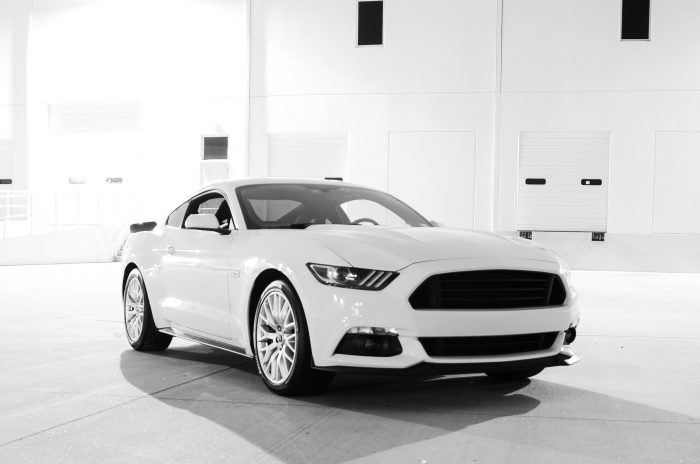 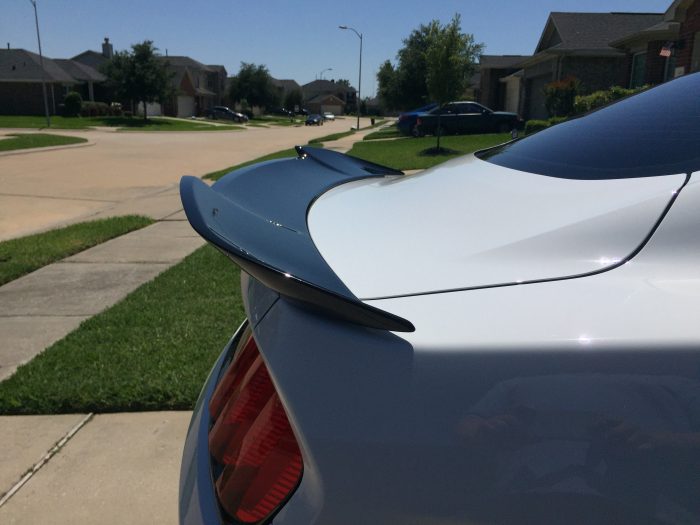 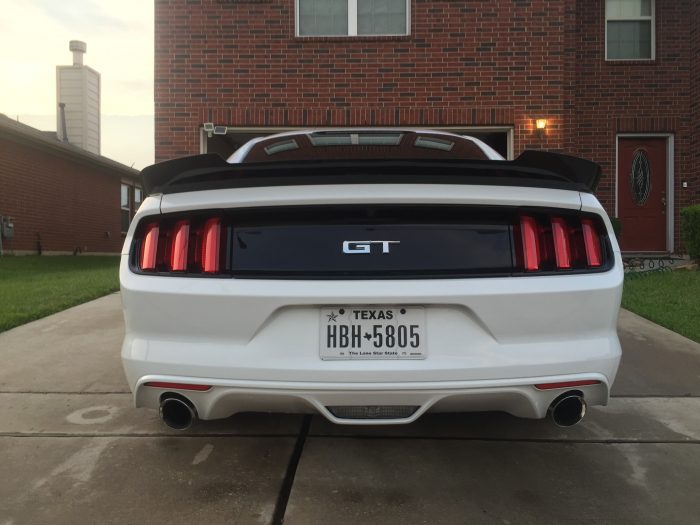 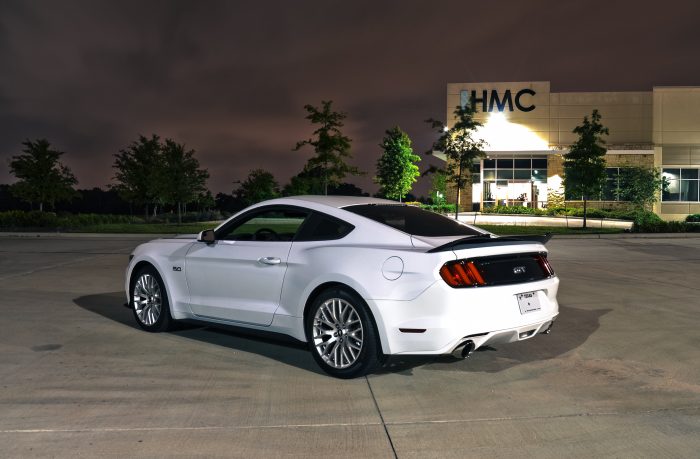