Having finished the install I was ready to hit the rollers for a ProCharged Mustang dyno morning. I was hoping to make over 600whp from the stage 2 kit. Some guys were getting over 650whp, and I ended up running a bit of race fuel. First I had to test the car though. 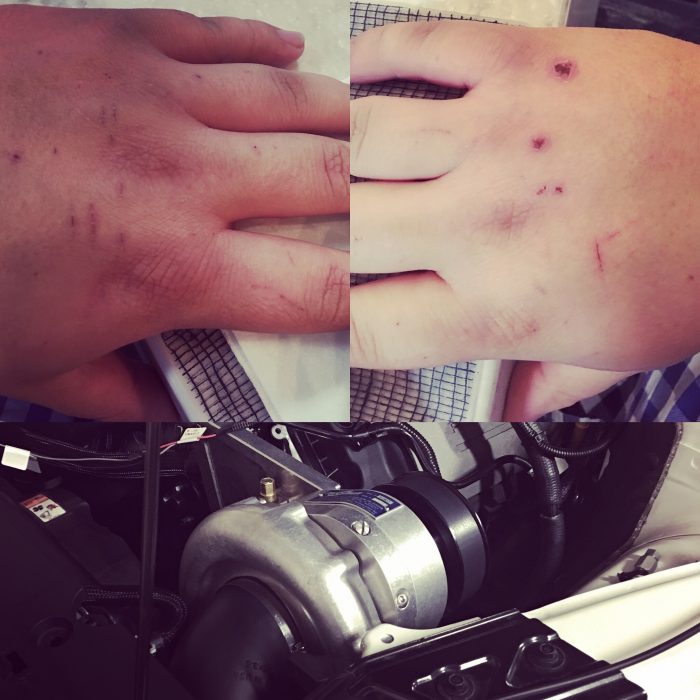 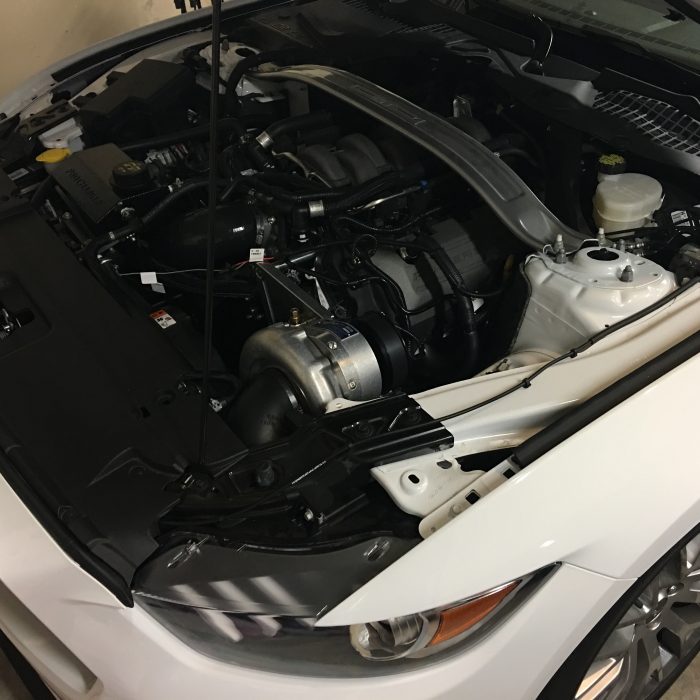 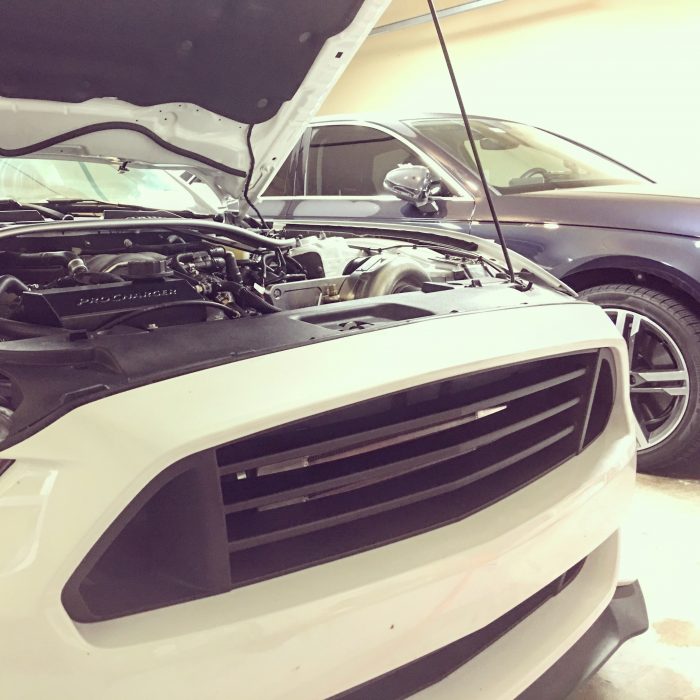 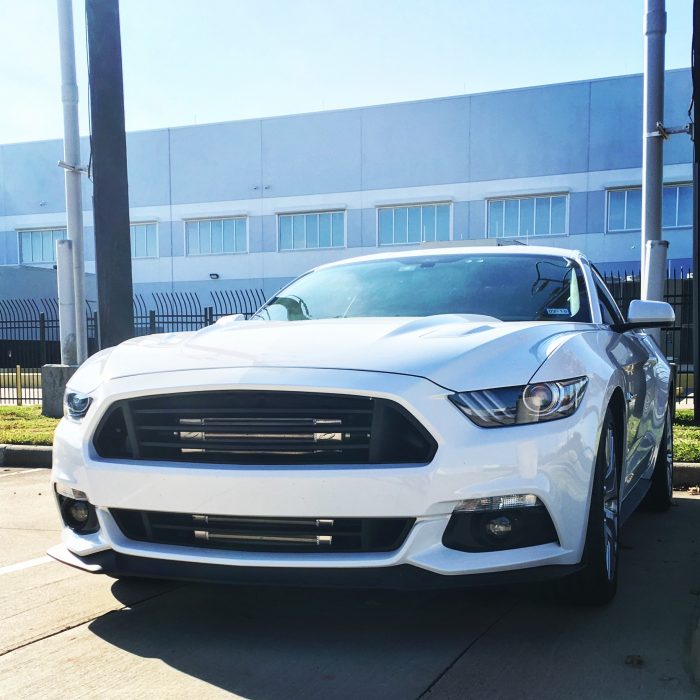 I was damn nervous getting in the car and moving it out of the garage. Lots of expensive bits to replace if it grenaded! It was evening time and I wanted to be back before it was too late for my loud exhaust. I drove around to warm up the car a little and it felt normal. My plan was to find a stretch of road and run through one gear while monitoring the nGauge dials. After that I would run a few more passes if things looked good. Eventually heading home to review logging. The car idled well, no stalling at lights. I loved the whistle of the supercharger!

I eventually drove onto a wide and empty feeder road. There was plenty of space to test. First I was cautious and gave about seventy percent throttle for a few thousand RPM and heard a sweet blow off sound as I stopped accelerating. I was excited! I pushed the throttle wide open in third gear and ripped up to seven thousand RPM. As I popped off the throttle I heard a loud pop and whoosh. The engine died and would not restart. I was bummed, but figured it had to be something stupid.

On the side of this feeder road with a speed limit of fifty I was imagining someone flying into my stalled car. The hazards were on and in my mirror I saw headlights. The lights were coming in fast and were clearly from a big truck. As it got closer I realized I got lucky. It was a tow truck, the first vehicle to come behind me! I offered some cash to get my car home. While we drove, she told me about her day, but I wasn’t paying attention. I was just trying to figure out what the problem might be. My first thought was that I blew the intake hose off the throttle body. This would let in unmetered air and cause the engine to stall.

When I popped open the hood the intake hose was off. I knew it! Such a simple problem, but I had no way to fix it on the side of the road anyway. The off-brand t-clamp that came with the kit had failed. I ordered some HPS t-clamps that night, but temporarily used two worm clamps on each end of the hose. I had to go back out and test since I solved the problem quickly and it wasn’t too late. 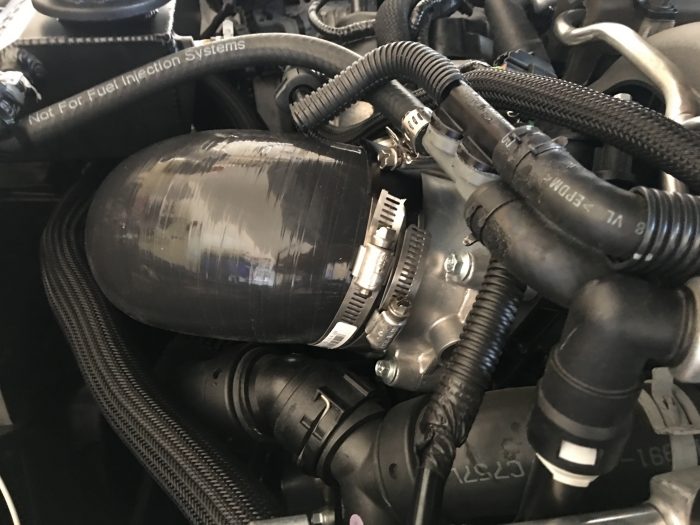 I went back to the same feeder road and this time I ran a few more passes. The double worm gear clamps held! The car pulled well, a lot harder than stock, but not quite right. The engine management was pulling about 4 degrees due to knock and I only got about 14 degrees of timing. At least my air-fuel-ratio was fine at 11.2, lambda 0.78, E10 gasoline stoich ~14.4. I got back home and started talking to the guys on the boards and ProCharger support. There were suggestions of false knock, which was not the case in my opinion. There were also people saying it was bad fuel, including ProCharger. I had been using 93 AKI octane fuel from Chevron for a few years. In the past I even used their fuel in other fast cars, but that was nearly a year ago. I decided to try Shell’s 93 octane down the street and went there the next morning.

That made a significant difference, I was now getting 17-19 degrees with the computer pulling or adding a degree here and there. The car definitely felt peppier and performing within the parameters of the kit. I was happy, but I wasn’t done yet! Earlier that day I purchased a 5-gallon container of unleaded Sunoco 260 GT Plus 104 AKI octane fuel. It’s an oxygenated fuel with 13% ethanol content and would drop the stoich point of my fuel mixture to around 14.1, pushing my AFR to around 11. 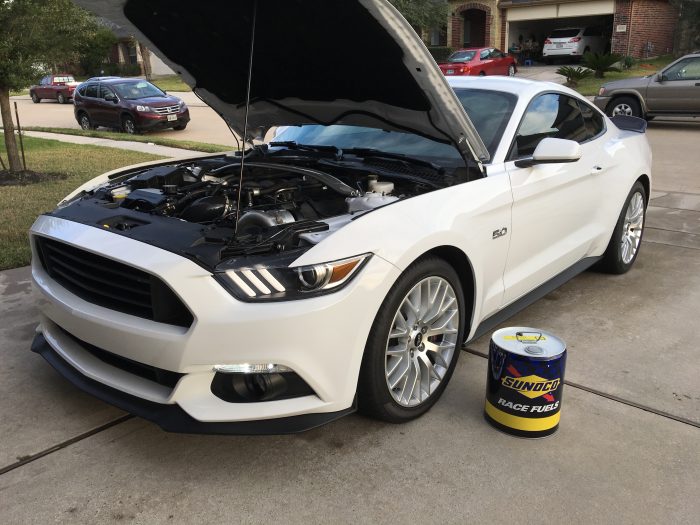 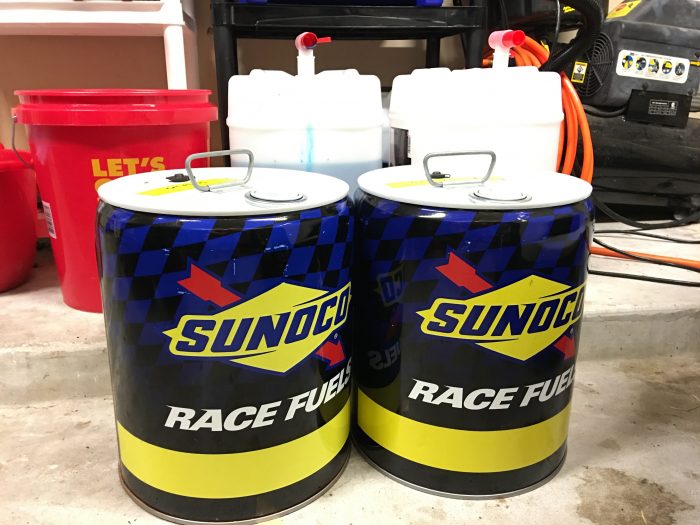 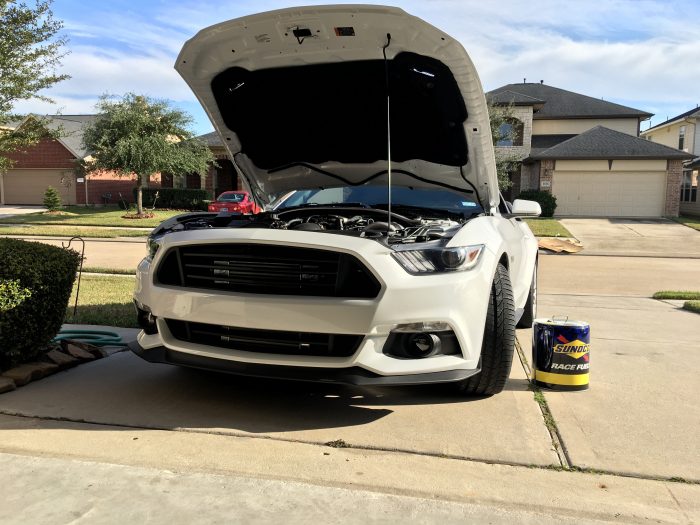 I went out to test again and wow what a massive boost of performance! I was now getting around 22 degrees of timing with the computer adding 4 degrees (the set limit) all the time. The car felt like a beast, burning it’s tires all the way into 3rd gear. The RPMs moved quickly and I had to shift quickly. It was an unbelievable experience! The guys were right, fuel made all the difference and my data logs looked perfect upon review back home.

With the supercharger installed I was struggling to row through the gears quickly. I had been using a cheesy Foose shift knob weighing in at just 3oz, that’s almost nothing! Due to the light weight the shift lever had no inertia when thrown. I decided to buy a nice Raceseng 675g (1.49lb or 23.84oz) White Ball Shift Knob. That’s nearly 8x the weight of the Foose knob, felt perfect! The install was super easy and I could just throw it into gears. 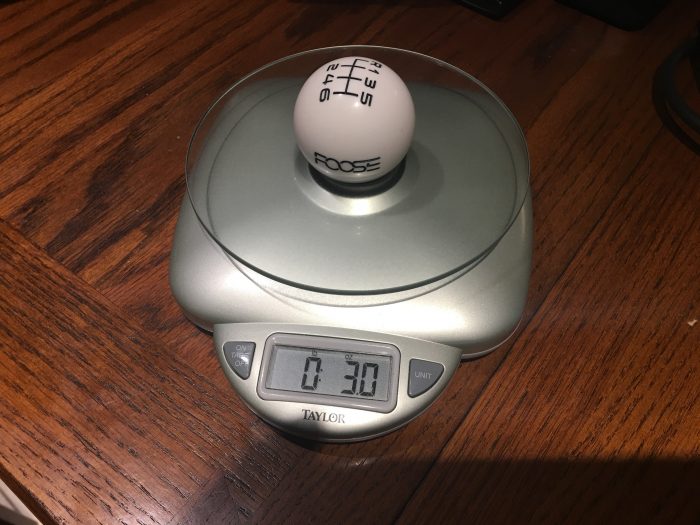 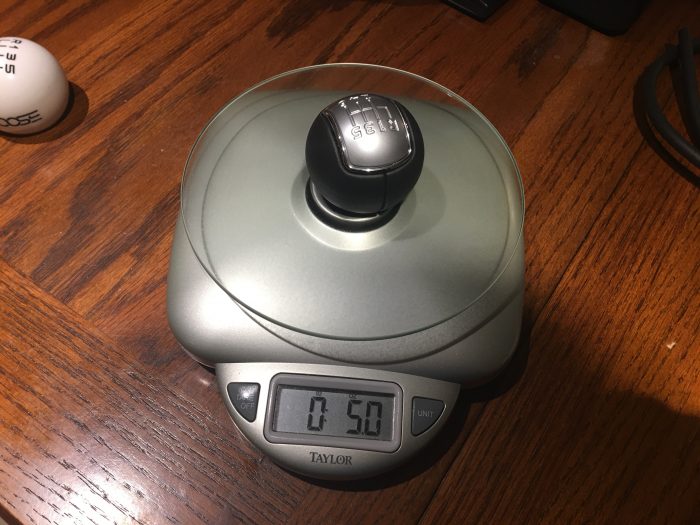 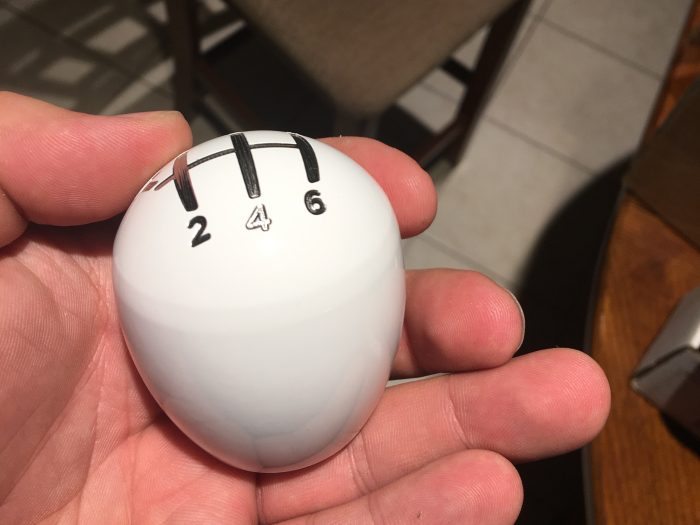 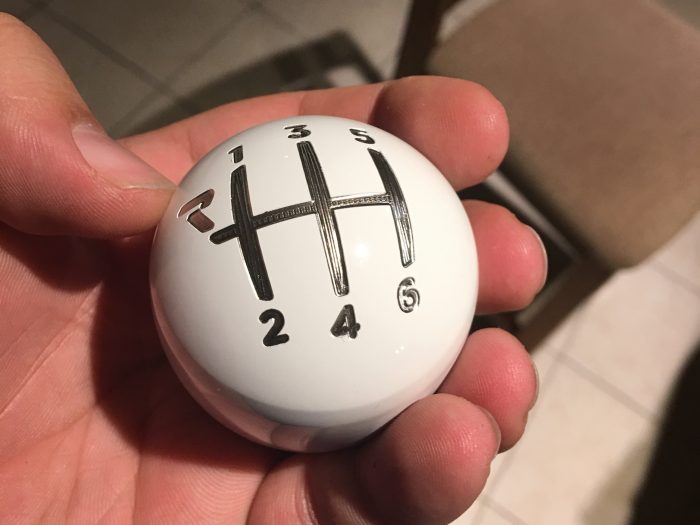 Next I scheduled a trip to a Mustang shop with a Dynojet dynamometer. The ProCharged Mustang dyno results seemed to produce fair numbers. Which makes sense because I’ve used this specific dyno for plenty of bone stock and modified cars. After three runs my best numbers came in at an uncorrected 663whp and 521ft-lb torque.

We applied SAE correction to compensate for the favorable conditions, because Houston is at sea level and it was a cool day. After correction, the numbers were 613whp and 496ft-lb torque. I was very happy with these numbers and the shop told me I did well. With the Sunoco race gas the guys told me I made the best numbers out of all the ProCharged Stage 2 cars at their shop with no further mods to the kit.