I've used radar detectors since high school. Initially I didn't know much, but eventually started hard wiring nice detectors in all my daily vehicles. I also got into dash cams because of the crazy stuff I see sometimes while driving around. When I got my 2017 Audi A4 Quattro I wasn't sure what the best way to hard wire was. I was getting super annoyed with cords tangling again and finally took the time to figure it out. It really wasn't that hard.

After some research and many comparison videos on YouTube I decided on the Street Guardian SG9665GC V3 2017 Edition. It had the clearest looking night time video and I liked the form factor the most. I knew I'd be hard wiring so I bought a few other items:

The mirror assembly has a cover where it attaches to the windshield. Some pressure got it off and I used a multi-meter to find a good switched power source. I also found a good ground under a small bolt. I had already soldered together a harness which fed off the MirrorTap. This harness included the 12V to 5V transformer so everything was plug and play past that. The install came out really clean.

The radar detector I use is the Escort Max 360 which is an excellent detector. I had to design and 3D print a mount for it, because it did not come with a mount that could be used with an adhesive. The mount was printed out of PETG and secured with some of the original hardware from the original Escort mount. This way things stayed pretty plug and play between mounts. The 3M double sided pads secured the mount to the windshield well. I have not experienced any problems thus far, except having to tighten the screw after the PETG heat cycled a few times in the hot car. 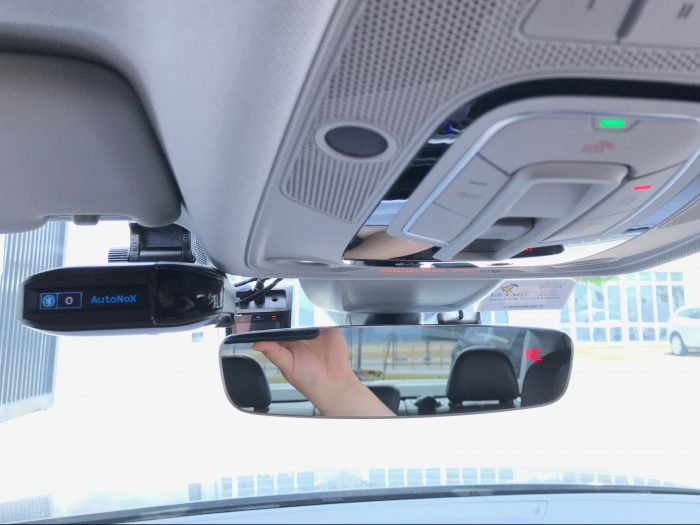 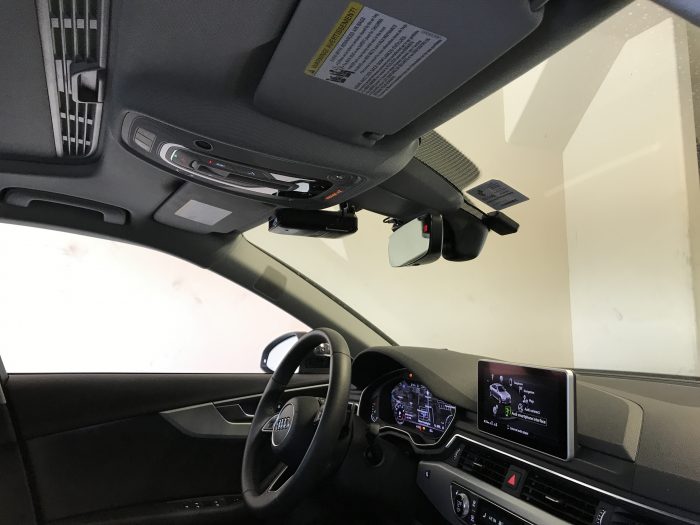 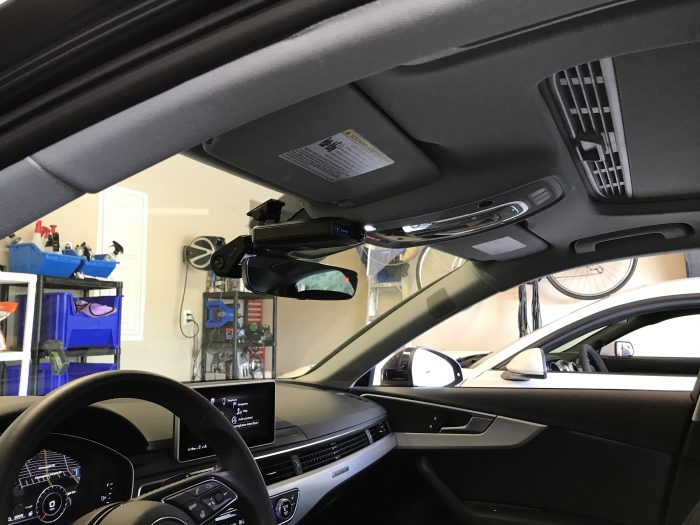